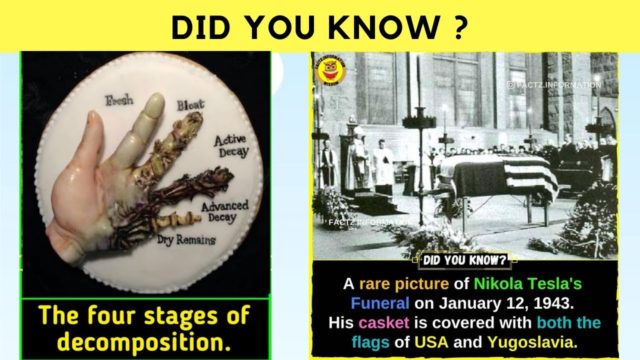 Want to fill up you buckets with unrelated information or simply looking for something exciting and new to discuss with your children? “Did you know facts” are the perfect choice.

Every interesting fact provides a variety of (and could we say “useless?”) information ideal to share in a flash. These are the types of facts that will stay in your mind and are only revealed at the right moment.

You might not be able to remember the percentage of left-handed people when someone asks you off-hand questions. It could come to mind the next time your child complains that they are left-handed.

If this occurs, you’ll be delighted to show them how unique they are considering that only 11 percent of us have left-hand dominant. The “did you know” facts might not help you get huge on JEOPARDY however they will certainly assist you in navigating boring dinner parties or car journeys.

Did You Know Facts

1. August is the month with the most amount of babies born.

2. The most used alphabetic letter can be found in “E.”

3. The urine of a penguin makes up around 33% of the Antarctica glaciers.

4. In Italy it is commonplace to refer to Mickey Mouse “Topolino.”

6. A minute of kissing can consume about 26 calories.

7. Only two countries have the color purple on their flags.

9. Dolly Parton once entered a lookalike contest, but was defeated by the man.

11. The average person is asleep in just seven minutes.

13. To keep from crying while cutting onions, put an item of bread within your mouth.

15. A typical person will swallow around eight spiders during their entire life.

16. The Armadillos have four children each time and they’re identical sexes.

18. At night, our eyes can see the glow of a candle about a mile away.

But, wait! We have more facts! Did you even know...