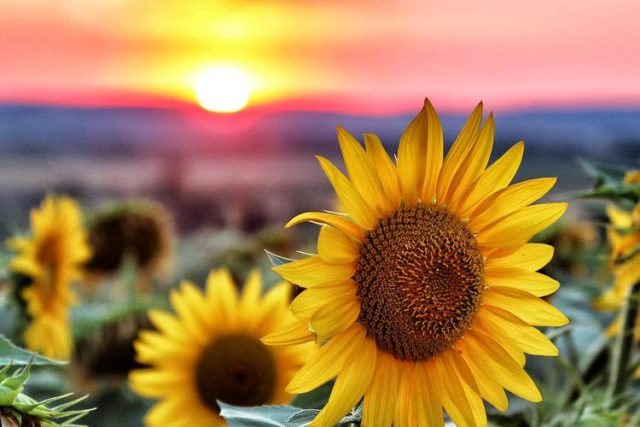 In all their bright beauty, Sunflowers are a delightful moment to see. However, there’s more than beauty. They provide healthy food items, useful oil, and bird seeds. Make your garden more knowledgeable with this information regarding Helianthus Annuus. Have a look at amazing facts about sunflowers below!

It is believed that the French term for sunflowers is “tournesol,” which means turning around the sun. Young sunflowers follow the sun, and this is called heliotropism. As the sun rises, the flower buds and the young blooms will be facing east and follow the sun through the day.

You might have observed the sunflower fields in full bloom in August, or at the very least, images shared on social networks. They are more than simply a stunning photo-op. Farmers plant sunflowers to harvest their seeds to produce sunflower seed oil and use them in the kitchen. Find out 20 interesting facts about sunflowers.

Hope you loved reading these cheerful facts about sunflowers! Aren’t sunflowers the cutest!!

Stay tuned for more flowery posts! Until then have a look at 50 Fascinating Facts About Plants!!