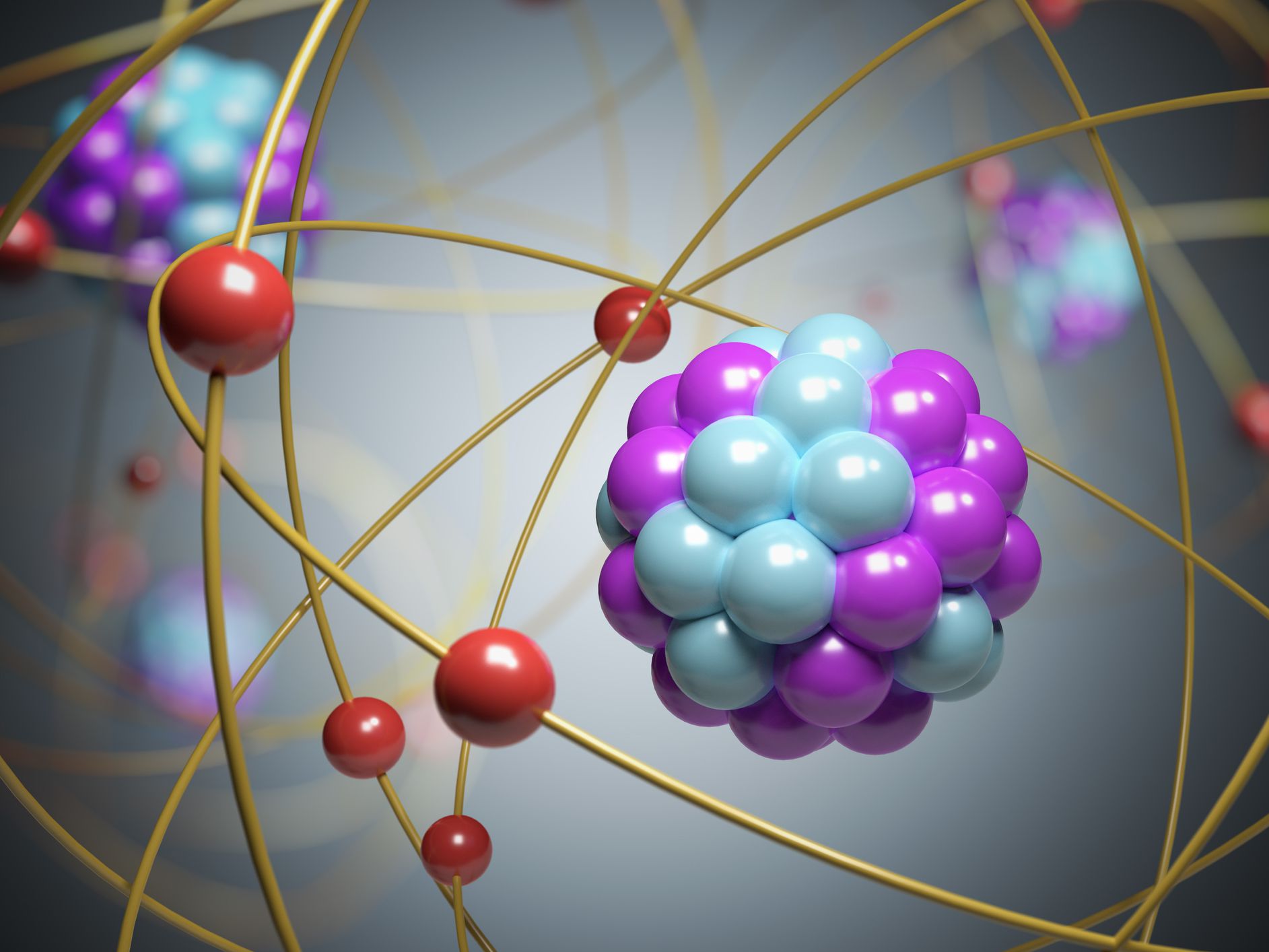 Are you curious about Atoms? We will share 25 facts about Atoms in this post. Atoms are the basis of everything in the world. These particles have been puzzled humans for thousands of years, and scientists have studied them for many years.

We didn’t even have a clear understanding of Atoms or anything similar to the two centuries ago. We now know much more about it, and this post will explore some amazing atom facts.

Let’s move on to the next article.

Facts about Atoms
An atom is simply the smallest unit in any normal matter with the same properties. Nearly all matter is composed of atoms. Atoms are the basic building block of matter. Let’s simplify it. We will pretend that this is possible, but it isn’t practical. However, it is theoretically possible to assume it.

Let’s suppose you want to divide a piece of matter as easily as possible. You will eventually reach the point where you can’t divide the matter anymore. This is the moment you find the Atom of this particular matter. All matter eventually consists of trillions of trillions of individual Atoms.

Also, read 10 Amazing Facts About Space That You Don’t Know!

2 Origin of the Idea of Atom

Fun facts about Atoms
The Greek word “Atomos” gave rise to the word Atom. ‘Atomos’ means ‘Indivibisible’/’Uncuttable’. The idea of the Atom was first introduced by a Greek philosopher, Leucippus of Miletus, 2500 years ago.

His student, ‘Democritus,’ is considered the inventor of ‘Atomism. Atomism refers to the belief that atoms are the smallest units of any particle. He also stated that Atoms were infinite in number, not divisible and eternal, and uncreated.

4 What are Atoms Made Of?

Fun facts about Atoms
Many scientists and philosophers believed that atoms were indivisible in the past. With scientific advances, we now know that even atoms can be divided. There are three types of particles when you split an atom. These are called the “Subatomic Particles.”

5 What are Subatomic Particles Made Of?

It is important to note that you cannot divide an electron. This will be discussed in a separate section below. When you split some subatomic particles, you’ll find the ‘Quarks. That means the ‘Quarks’ are the elementary/fundamental particles.

6 How Atoms Were Created

The Universe began to cool down over time. The Universe’s conditions were ideal for forming quarks (protons, neutrons, and electrons). With the combination of electrons and protons, atoms were formed.

Facts about atoms & molecules
Simply put, you can’t see or perceive atoms with your naked eye. These tiny particles are extremely rare. It is difficult to see atoms using standard optical microscopes. Scientists from all over the globe have created a microscope that allows them to see individual atoms.

8 IBM with Their Scanning Tunneling Microscope

Facts about atoms & molecules
IBM researchers have created a new type of microscope called the Scanning Tunneling Microscope. This microscope is used to observe atoms. It was possible to see atoms for the first time with the help of this microscope.

In 1981, the ‘Scanning Tunneling Microscope was invented. This device’s inventor was awarded the Nobel Prize. There are many ‘Nanoscale Microscopes’ and ‘Electron Microscopes, with which it’s possible to see atoms.

9 The Structure of Atom

Facts about atoms & molecules
We have already stated that an atom comprises three basic subatomic particles, the electron, proton, and neutron. The core of an atom is where the proton and the neutron reside. The nucleus is the core of an atom.

Facts about atoms & molecules
This is something you might have heard before: An atom is an almost empty space. But how much of it is it? It is almost all of it. You know that the nucleus of an atom is composed of both protons and neutrons. The electrons can be found in the outer regions surrounding the nucleus.

11 Confusion between Atoms and Molecules

Atom facts
Many people get confused between “Atoms” and “Molecules,” but they are two completely different things. A molecule is simply a grouping of atoms that combines or bonds together. Multiple atoms can be combined to create molecules.

Atom facts
It is well-known that atoms can be very small. How small is it? You will need trillions upon trillions of them to make anything. The size of an atom varies from one element to the next. The average Atom is about 0.3 Nanofeet across. It is so tiny that it will be difficult to imagine. Here’s an analogy.

Learn More: 25 Amazing Facts About Meteors #13 is Just Wow
If you’re 6 feet tall and an atom is approximately 0.3 Nanofeet in size, the Atom will be about 20 billion times smaller than you. Let this sink in for a second. The Earth’s approximate diameter is 12000 km. Now, consider that Earth is 6 million times larger than you if you’re 6 feet tall. It is obvious that atoms cannot be imagined as small.

13 The Largest and Smallest Atoms.

Atom facts
Yes, we are made up of atoms. Are you aware of the number of atoms in your body? An adult 70-kg person has about 7 billion billion billion atoms. This is 27 zeros after the number 7. You have heard it correctly. Our body also replaces approximately 98% of all atoms each year.

16 The Number of Atoms in Our Known Universe

It is possible that you already knew there would be an enormous amount of atoms in all of the Universe. How many Atoms is the Universe actually made? This question is not easy to answer. Researchers suggest approximately 1078 to 1082 different atoms in our observable Universe. Unfathomable.

The first-ever atom split in history was achieved by ‘John Cockcroft and ‘Ernest Walton. It happened in 1932. They divided the lithium nucleus into two helium nuclei. In 1938, two German scientists, ‘Otto Hahn and ‘Fritz Strassmann,’ also split the Uranium atoms into multiple pieces. This was the first time that an atom of heavy metal was split.

We know that an atom comprises three basic subatomic particles, electron, proton, and neutron. Hydrogen is an exception to this rule. Hydrogen, however, is the only Atom not to contain any neutrons. It contains a positively charged proton and a negatively charged element.

The definition of an atom is well-known. What about elements? These two are often mixed. You should know that elements are substances that only contain one type of Atom. There are 118 elements that have been confirmed, as previously stated.

Learn More: 25 Facts about IBM, Nobody, Knew Before

20 Most Abundant Chemical Elements In The Universe

After 380,000 years, the Universe had cooled enough to become a suitable place for the formation of atoms. Only then could the atoms begin to form new chemical elements.

21 Most Abundant Elements on Earth

22 The Father of Atomic Theory

Since ancient times, the idea that each object in the universe/world is composed of many tiny particles has been common. John Dalton was the one who introduced the concept of atoms to modern science.

He was an English chemist and physicist as well as a meteorologist. His atomic theory was the first to describe the structure and function of matter in terms of atoms. He is considered the father of modern nuclear theory.

23 How many Atoms are There on Earth?

Atoms are extremely small, as you know. You can fit around 1,000,000 carbon atoms in human hair.

We can now calculate the number of atoms on Earth by taking the average mass of an atom and the mass of Earth. We know that our planet has approximately 1050 atoms.

However, atoms and cells are not living things. This means that atoms are much smaller than cells. According to some reports, there are approximately 100 trillion atoms per average-sized cell.

99% of the body’s mass is composed of 6 elements: ‘oxygen, carbon, ’hydrogen, & ‘nitrogen, & ‘calcium, & ‘phosphorus. The remaining percentage is composed of sulfur, potassium, chlorine, and magnesium. You now know that all elements, including those we are made from, are actually made up of atoms.

These atoms were formed after the Big Bang. This means that we are made up of the same elements as the Big Bang but are still in space and stars. We can also say that stardust is the most common element that makes up our bodies.

Last Words and Amazing Facts About Atoms
Atom is the basic building block of matter. We know much about atoms at the moment. In the past, people could only think of the idea of atoms.

However, science and technology have made it possible to see atoms through our own eyes, thanks to their innovations. We hope you find this informative post useful. You could share the post with others if you liked it.

Did you enjoy this post on Atoms? We recommend that you also read our post on Black Holes. Don’t forget to share your thoughts and opinions below!