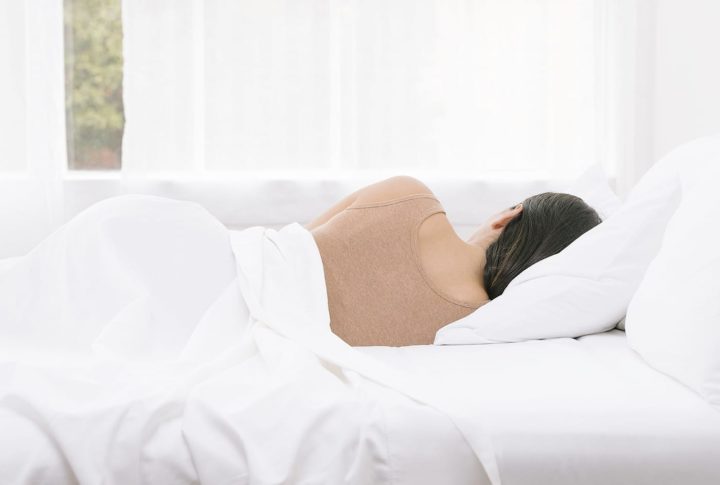 What if I ask you how many times do you think about your mattress or bed? Ahem!!! No doubt most of the time!!! When we are tired, we remember our comfy bed, when we are working, we miss lying carelessly on the bed, when we feel sad, we miss cuddling our pillow, and for many other reasons, our mattresses hold an important place in your heart. But do you know that there are some weird facts about mattresses that’ll leave you wondering!!

Be it reading your favorite book lying on the bed or watching your favorite movie with your siblings, haven’t we all made incredible memories on this common relaxing platform, “our bed!!!” After all, mattresses have covered a 10,000 year-long journey!!!

Did you know that our mattresses get double their weight after ten years? This is because of the deposit of dust particles on the bed over the years. Well, there are many other crazy facts about mattresses that will surprise you!!

Wish to find more such mattresses facts? We got you covered with a long list of funny, exciting, and interesting facts about mattresses. Have a look!!

Mattresses were way shabby in ancient times. They were made of straws and other rough objects. But now you get A1 quality mattresses of your choice and comfort. Don’t you want to know what other things you missed about your resting buddy? Well, here’s the complete list of facts about mattresses!!!

1.)The word “mattress” comes from an Arabic word.

2) One of the most important, earliest but least considered innovations regarding mattresses was raising them off the floor. This significantly reduced the number of pests and rodents that would share sleeping spaces with their intended occupants.

3) The root word of the mattress means “to throw something down,” referring to the practice of sleeping on cushions on the floor.

4) The Romans, during the last days of the Republic, invented the first-ever feater beds. Initially, Roman mattresses were filled with reeds, hay, or wool.

5) The word “mattress” was most likely brought to Europe by Crusaders.

6) South Asian and Indian mattresses use kapo, a tree whose seed pods can be spun into a cotton-like substance.

7) The queen-sized mattress is the most popular size in America. It supplanted the twin-sized bed in 1999.

8) By United States federal law, all mattresses should be able to withstand an open flame for 30 seconds before catching.

9)South East Asia often uses coir—coconut fiber— as a down in mattresses.

10) If you feel tempted to put your mattress on its side and use it as a giant domino, it turns out you aren’t the first.

12) Arnott, a doctor, believed the waterbed mattress could be helpful in preventing invalid patients from developing sores, pressure, and ulcers.

13) Arnott deliberately never hesitated to share his idea so that doctors around the country and the world could use the waterbed mattress designed especially to help their patients.

14). The concept of a waterbed has been around since ancient times, but it was revived in Scotland during the 19th century by Neil Arnott.

15) The Romans can make a strong claim as the original inventors of the waterbed mattress. Their version consisted of being rocked to sleep by warm water before being carried to bed. Only the wealthy could do this.

16) Using cast iron bed frames and cotton mattresses helped reduce the pests that would infest even the most royal of beds. At least the princess didn’t have to deal with unwanted bedfellows.

17) Even though Anderson was Danish, he may have based his story on a Swedish folk tale.

18) In 1857, the first coil spring mattress was invented. If Anderson had written his story in 1857, the princess would have had a far easier time falling asleep.

19) If Anderson had written the story in the decades after 1857, the first box spring would have been invented, reducing lumps even in new mattresses. This princess can’t catch a break…

20)Hans Christen Anderson, a prolific writer who wrote “The Little Mermaid,” also wrote, “The Princess and the Pea” in 1835. The story famously uses mattresses as the principal plot mechanism for determining that the title character is a princess. Princesses are so sensitive they can feel a pea under twenty mattresses—no word as to how that makes sense.

21) Heinrich Westphal, a native German, invented the innerspring mattress in 1871 but could never profit from the invention.

22) It wouldn’t be until the 1930s that innerspring, upholstered mattresses would gain prominence in the North American market.

23) A symbol of the monarch’s power in France was that the king could lie down during parliament meetings while legislating. Everyone else had to sit, stand, or kneel.

24) Louis XIV owned 413 different beds. He was particularly fond of lying in bed.

25) Middle Ages’ mattresses were mostly the benches covered in furs or chests filled with moss.

26) The first mattresses after the Middle Ages were filled with pea shucks or straw and covered with velvet or silk.

27) The airbed would only be introduced to American markets in the 1980s.

28) The proliferation of rubber manufacturing and production during World War II allowed foam rubber mattresses to rise in the 1950s.

30) The first mention of a bed in a literary work is in Homer’s Odyssey.

31) A previous entry in the competition for most enormous beds included the Great Bed of Ware constructed in 1590 in England. At 110 square feet, it could comfortably fit 15 people.

32) In the running for the most famous luxury bed is the Golden Bed, another English invention named for its gilded wood frame. Built in 1879, it’s only 39 square feet but intricately carved.

33) For context, former NBA superstar Shaquille O’Neal owns one of the most extensive beds practically used by a person. It’s 450 square feet.

34) Folding beds were first invented by the Ancient Greeks. There are pottery remains from that time depicting folding beds.

35) Beds that fold up into walls are sometimes called Murphy beds after their inventor William Lawrence Murphy. He invented this in the year 1900 and patented the idea in 1908.

36) Murphy invented his superior bed design to help woo a woman in his one-room apartment without inviting social stigma.

37) The horror movie “Death Bed: The Bed That Eats” features a bed as the monster. Although made in the 1970s, it has only recently received cult status.

38) The traditional mattress is known as Tamami, of Japan isn’t technically a mattress. It’s a flooring mat made of compressed wood chips or rice straw.

39). The most expensive bed in the world is a 1.6 million dollar magnetic hoverboard that floats on air.

40) When archeologists looked under a microscope at the 77,000-year-old remains, they found cape laurel tree leaves. This was probably chosen to protect early humans from mosquitoes and other pests as it has several chemicals compounds that can kill insects.

41) Mattresses were set up on ropes in the 18th century. People would have to tighten the strings so often so that the mattress wouldn’t sag. That’s where the common saying “Sleep tight, don’t let the bed bugs bite” came from.

42) In 17th Century England, beds were made of ropes, wood frames, or leather supports, and bags of straw as mattresses.

43) Japanese futons are usually placed on the floor. The futon was initially invented in Japan, but Western futons are thicker and feature the folding frame.

44) Your mattress can be recycled.

45). When William Shakespeare died, he bequeathed his second-best bed to his widow. His best bed went to his daughter.

Ahh!! I miss being in bed with my favorite cup of coffee!!! Don’t you kiss your relaxing buddies??

If you liked this post, don’t forget to pass it on to your friends and family!! Also, stay tuned as we post more exciting stuff!!

Until then, Happy Napping!!