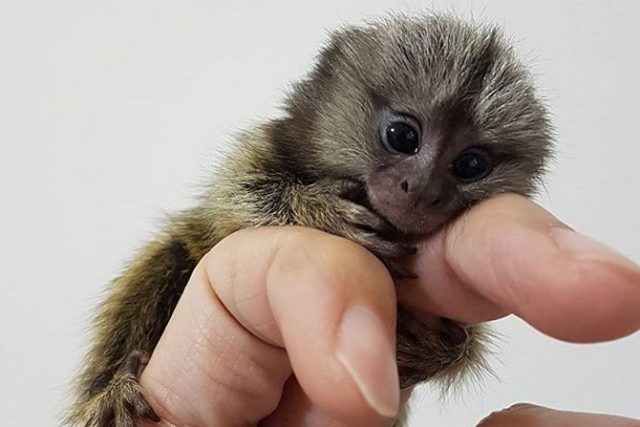 The finger monkey is one of the tiniest living primates in the world. Otherwise known as pygmy marmosets, these tiny monkeys are now raised as exotic pets.

Pygmy marmosets/finger monkeys are the world’s tiniest actual monkeys. A fully grown finger monkey weighs approximately 4 – 5 ounces and extends to a maximum of 6 inches in length (excluding the tail)!

These lilliputian primates have their particular genus since they are different from the other marmosets. Their behaviour in natural surroundings is more exuberant than when they are held in captivity.

1. What Is A Pygmy Marmoset – What Is A Finger Monkey

2. What Does A Finger Monkey Look LikePygmy Marmoset

It is not advisable to keep these monkeys as pets. Looking after a finger monkey can be an expensive affair. They need lots of attention. Like other primates, this monkey is not well-behaved initially; it has to be trained.

Have you checked 10 Fun Facts About Penguins!! yet?