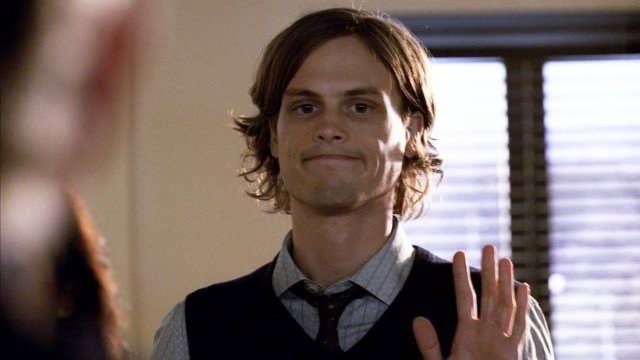 In Criminal Minds, Dr. Spencer Reid—a Supervisory Special Agent in the Behavioral Analysis Unit (BAU)—has had some big character arcs during the 15 seasons he appeared on the CBS crime drama. These include being in one of the tensest Tinder dates of all time and getting captured by the serial killer Tobias Henkel. Read some amazing Facts About Spencer Reid here!

Reid has been in many memorable storylines as the most prominent character on the show; hence, viewers are much more familiar with him. Despite most things about the knowledgeable FBI agent being easily noticeable, there’s still a wealth of information about him that remains hidden.

10 How Many Qualifications Does He Have?

As per details laid out in Season 4’s “Masterpiece, ” Reid holds a PhDs in Chemistry, Mathematics, and Engineering. He also holds BAs in Sociology and Psychology. In Season 6’s “Big Sea,” he also demonstrates knowledge in Forensic Anthrolopoly by accurately determining the races and sexes of skeletal remains.

Reid has always been portrayed as intelligent and dedicated, so his numerous qualifications aren’t at all surprising. While he might appear focused only on the sciences, that’s not the case. His general knowledge is vast, and at some point, he had considered studying Literature. But in typical Spencer Reid fashion, he had read all the course books, so he opted to do something different.

Dr. Spencer Reid has an eidetic memory and an impressive IQ of 187. This detail is revealed when Hotch first introduces him to Woodland. The latter thinks that Reid is too young to have gone to medical school, but Reid clarifies that his “doctor” title is from having three PhDs. He also reveals his IQ and adds that he can read 20,000 words per minute.

It takes a more competent person to read the minds of criminals, and at 187, Reid’s IQ is way higher than that of Albert Einstein, whose figure stood at 160. Reid’s IQ is also equal to that of another popular TV character. In The Big Bang Theory, one of the hidden details about Sheldon Cooper is that he also has an IQ of 187. However, according to the World Genius Directory, they both have nothing on Evangelos Katsioulis, who has the highest IQ (198).

Reid never wears matching socks. This behavior is linked to actor Matthew Gray Gubler himself. He revealed in an interview that his grandmother once told him that wearing mismatched socks brings good luck.

It’s not a superstition that’s only confined to the show. Several people also believe that mismatched socks attract Lady Luck in the real world. Fans of the show might want to attempt wearing their socks like Dr. Spencer Reid to see whether they’ll be lucky in different areas of life.

7 Appearances In The Opening Sequences

The BAU Supervisory Special Agent is the only character to appear in the opening sequences of every single episode of the show. That’s a total of 324 episodes.

This is proof of just how important Reid is to the proceedings. Without his expert analysis and perception, most cases that land at the BAU’s offices would stall. The intense use of the character is justified given actor Matthew Gray Gubler’s salary of $100,000 per episode, making him the highest-earning cast member.

Reid understands Russian so well that he manages to watch a 5-hour movie in the language without subtitles in Season 6’s “Sense Memory.” And in Season 10’s “Rock Creek Park,” he understands a woman speaking Yoruba.

This ability is part of Reid’s brilliant character development since, in Season 2, he confesses to not knowing Spanish or Russian. That he can master Russian so quickly shows his level of intellect. It’s not explained how exactly he learned either language, but there’s a possibility that it’s self-taught.

When Reid takes his mother home from a clinical study in Season 12, she lets it slip that his childhood nickname was “Crash.” This is because he used to crash into things when he was younger.

Reid’s relationship with his mother Diana has never been a smooth one. On the brighter side, she is said to be as intelligent as him; hence it’s no surprise that she’d grant him a plain yet fitting nickname. Even in adulthood, Reid hasn’t escaped labels as his colleagues have given nicknames such as Sir Percival and Junior G-man.

The Special Agent resides at Capital Plaza Apartments, precisely Apartment Number 23 on the second floor. Season 8’s “Magnum Opus” and Season 9’s “Demons.” The apartment is most likely located in Washington DC since his cars tend to have DC plates.

Weirdly, Reid would live in DC, given that the headquarters for the FBI’s Behavioral Analysis Unit (BAU) is located in Quantico, Virginia. The plates could also be a frequent filming mistake. Even though the BAU team is based in Virginia, part of the show gets filmed in Washington DC. In Season 10, he gets a new car with the Virginia license plate 478 591 though it’s never suggested that he has moved houses.

In Season 5’s “Nameless, Faceless,” Reid gets shot in the leg while trying to protect Dr. Barton. It takes a while for him to recover, and this is all tied to real life.

Actor Matthew Gray Gubler got a knee injury that required three surgeries. He was thus forced to walk with a cane. Instead of halting filming, the writers decided to include a knew injury storyline for Reid. This marks one of the many times that TV shows have included real-life developments such as pregnancies into the storylines.

Dr. Spencer Reid might appear nerdy and innocent, but he is responsible for the deaths of 8 unsubs during his time on the series. Phillip Dowd, Chloe Donaghy, Tobias Hankel, Daniel Dilworth, John Bradley, Andrew Meeks, and Casey Allen Pinker.

Reid’s intentional killing spree is one of the ways Criminal Minds changes throughout the seasons. His job description doesn’t require him to constantly fight criminals like some of the other agents in the BAU. He is almost as comfortable as Penelope Garcia, but given the dangerous nature of his work, he has found himself facing off against them on a few occasions. Most of the lives he has taken have been due to self-defense.

The BAU team hunts down one of the most memorable unsubs in Criminal Minds, Robert Johnson, a.k.a. “The Internet Killer,” in Season 5’s “The Internet Is Forever.” In the episode, Reid claims he doesn’t have an email address. However, just a few episodes later (“Cradle To The Grave”), he has an email address.

Commonly, inconsistencies occur over several seasons since the writers can forget little details from past seasons. However, this one happens rather quickly, making it all the odder. It’s never mentioned that Reid stopped being a technophobe and decided to open an email address after encountering Johnson, so it’s right to conclude that it’s indeed a character inconsistency.