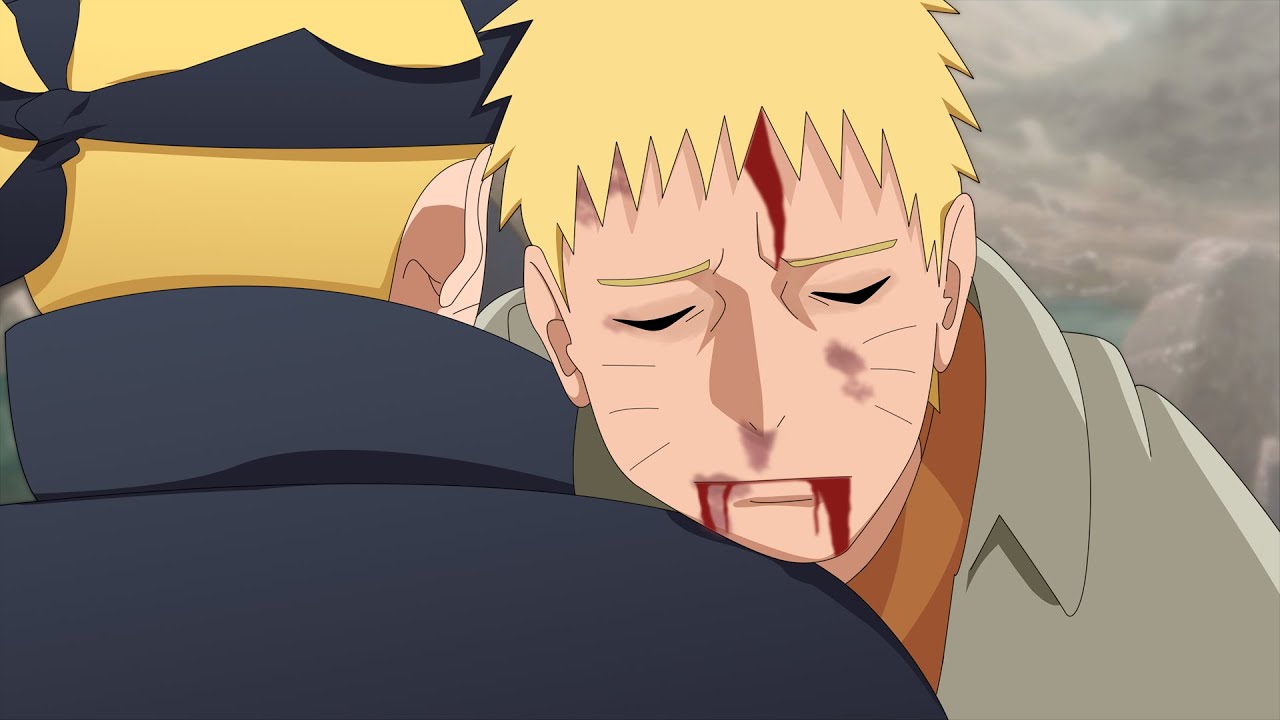 While Masahi Kishimoto’s Naruto manga ended some time ago, stories from the world of shinobi have been continued in Boruto. Naruto Next Generations. The show is centered on Naruto Uzumaki’s son Boruto. However, Naruto plays a significant role in the series as we examine his life after the events of Naruto. So, the question that comes to mind is Does Naruto Die In Boruto?

Based on the latest manga and anime events, this article will tell you whether Naruto passes away in the Boruto series.

While Naruto is alive and well in Boruto, he is severely weakened since Kurama has died. We don’t know what will happen to him after the Boruto first episode. However, based on the information we have so far, it seems likely that he will make it through the Boruto manga.

Does Naruto Die In Boruto

If you recall correctly, the first episode in the Boruto anime gave us a glimpse into a future where the Leaf Village was destroyed, and Naruto seems dead. This was a quick glimpse, and the plot quickly returns to the present, where Naruto remains alive and well.

Also, read What Does Naruto Mean?

This is true as of Episode 231 in the Boruto anime series. It means that Naruto still exists. But will he be dead by the time the future becomes present in episode two? We don’t believe so.

We will explain more in the last section. However, we can say here that there is no evidence to suggest that Naruto has died; he may be injured but not dead.

It is implied that Naruto is dead at the time. However, we have not seen his body. We all know the informal anime rule: If you don’t see a character dying and don’t see their body, it is most likely they aren’t dead. It is shocking to learn that Naruto has died. This was likely done to attract fans. However, we believe that we will see Naruto alive when the past becomes the future.

Is Naruto Dead in the Boruto Manga Manga?

This question has the same answer as the above. Although the Boruto anime contains a lot more filler content than the manga, the two works don’t contradict each other. Naruto Uzumaki, still alive in anime, is also alive in the manga, Chapter 64. This was published in January 2022.

Also, read Who Does Naruto Marry?

Who almost killed Naruto in Boruto

In the Boruto anime series, Naruto comes very close to death. This occurred during the fight against Jigen. Jigen was revealed to have been possessed by the powerful Isshiki Oksutsuki. We will tell you more about this battle in the next section.

Naruto was able to stop Isshiki’s plan to kill Sasuke with his clones, while Sasuke fled with his Rinnegan. Sasuke was transformed from the bizarre dimension Jigen had placed them in.

Naruto taunted Isshiki and Kurama said that Isshiki never meant to kill him. However, Kurama stated that Isshiki could change his mind at any moment. Boro protected the seal.

Team 7 and Kawaki were determined to save them. They used Kawaki’s Kama and Boruto’s Kama to enter Naruto’s dimension. Jigen (and Isshiki) were also imprisoned there. Boruto and Kawaki created a rift within the seal while fighting Boro. This freed Naruto from his prison cell. The team defeated Boro, and Naruto was able to return to Konoha.

Also, read Which Episode Does Naruto Fight Sasuke In?

After Boruto had teleported Isshiki, Naruto, and Sasuke to the dimension where Isshiki had sealed their bodies, Kurama and Sasuke joined Boruto to face off against Isshiki. The Otsutsuki proved to be too strong for them, knocking out Sasuke and blocking Naruto’s sensory abilities by manifesting huge black cubes. Kurama was quick enough to notice this.

Kurama suggested that Naruto use some last resort to stop Isshiki. This was because he was so determined to do it. Naruto agreed, explaining that he was aware of the risks and was willing to die when he became a Hokage. Naruto adopted this new form as Baryon Mode.

Kurama told Naruto that the mode followed the same principles as nuclear fusion. He had to consume all their energy, and he needed to avoid unnecessary movements. Everyone was baffled by the new form’s power. Isshiki was quickly overwhelmed by Naruto. Soon after, Naruto began to feel the effects of Baryon Mode. He was becoming increasingly tired.

Kurama observed that this mode slowly depleted all life forces, including Naruto’s. It also sapped Isshiki’s strength with each touch. They had to continue putting pressure on Isshiki up until his already short lifespan. Kurama spoke to Naruto in his subconscious after Isshiki was defeated because Baryon Mode proved too difficult for him. Kurama was devastated to learn this.

Naruto said to Kurama that he didn’t resent him despite his parents’ murder. Kurama told Naruto that he was ready to die. However, Naruto insisted that he would not be killed since his life was at stake using Baryon Mode.

Kurama claimed that he never lied about Naruto. However, he knew that the Hokage wasn’t putting his life at risk and hid the truth. Kurama warned Naruto before Kurama disappeared that he was losing all his chakra and abilities. He should have been more cautious. Isshiki was defeated but at a high price.

Is Naruto Going to Die Without Kurama

Naruto’s loss of Kurama was a significant moment that no one anticipated. The man fought so many hard battles and didn’t lose Kurama. It was normal for Kurama not to give up.

Although Naruto survived Kurama’s death, the mere fact that Kurama is dead doesn’t affect Naruto’s existence. But will Naruto become so weak that Kurama will be his last?

Also, read How Fast Is Naruto? Naruto vs Minato: Who Is The Fastest?

We believe that Naruto’s death in battle will not be due to Kurama’s absence. We believe that he will be able to overcome any battle with enough chakra, skills, and experience.

Naruto to Get Kurama back in Boruto

This remains a mystery. Kurama was an integral part of Naruto’s story. Although Naruto did not always use Kurama’s powers (there was even one time when he couldn’t control Kurama), Kurama was always present. We are all still confused about Kurama’s fate after this heartbreaking departure.

This is a new situation for us, and we don’t know what Kurama will do in the end. Although we hope to see the demonic Fox later, we do not have any guarantees.

What is Naruto’s Future Fate, and Will He Die?

As with all characters, Naruto will die eventually and be succeeded by the Eight Hokage. However, we don’t expect it to happen soon. We don’t see Naruto dying before he turns 80.

Since the beginning, he has been the pillar of Kishimoto’s franchise. Although the focus has shifted to his son, Naruto continues to play a key role in the franchise, even Boruto. While the story is centered on the next generation of characters, Naruto doesn’t seem to be dying.

A character that has been around so long and is the hallmark character of the franchise is unlikely not to die. It just wouldn’t make sense for Kishimoto to kill Naruto.

We don’t believe there will be a grander plot where Naruto must die. However, we don’t see it happening. It would not be very smart for Kishimoto if he went in that direction.

Boruto Uzumaki still hasn’t surpassed his father in popularity, and he likely won’t ever. Naruto Uzumaki is also synonymous with the franchise. It would be foolish to kill him. We believe Naruto will not die prematurely because of this.